Intramural sports are for students within a school, who want to stay active, and play against other members of their school. Competitiveness varies, and time commitment is generally low.

Club Sports are typically more competitive than intramural and may be as competitive as NCAA DII or DIII sports teams. Club sports teams play against other schools, who may or may not be in the same geographic area. Club sports teams typically have tryouts, and there is a time commitment involved. Club sports are great for a student who still wants to be active in their sport and play as part of a team that competes against others. Many schools offer ice hockey, gymnastics, tennis, fencing, and equestrian clubs, but do not also offer those sports on an intercollegiate level. ​

Intercollegiate sports teams play other schools and are part of a league or conference. Most schools, about 1200, are in the NCAA (Division I, II and III), and a smaller number are part of the NAIA.  Junior College sports are a part of the NJCAA.

​Division I NCAA schools are typically the most competitive, most selective, and most time-consuming. Some schools offer both the intercollegiate and club level for a sport, which allows more students at the school to play at the appropriate level

​The NCAA regulates and organizes college athletics at over 1,000 higher education institutions. The association's functions include funding and organizing championships, formulating rules of play, and establishing eligibility criteria. The organization provides student athletes with financial assistance, wellness and insurance services, academic support, and career counseling. Its three divisions serve almost half a million college players.
​
If you plan to compete in Division I or II NCAA sports, you must register with the NCAA Eligibility Center . This should be completed by the end of sophomore year. To be eligible, you must have taken a certain distribution of courses that have been pre-approved by the NCAA and obtained a certain GPA in those courses. You’ll also need to meet a certain minimum SAT/ACT score, depending upon your calculated GPA. It is important to meet with your academic counselor to be sure you have taken the proper courses and obtained the necessary grades and test scores to be eligible at the DI or DII level. Division III eligibility is determined at the individual college level. Note that only NCAA Division I and II sports offer athletic scholarships; Division III sports do not offer athletic scholarships. 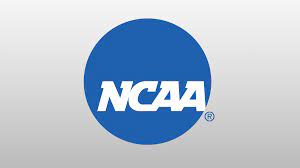 A college athletics association founded in 1937, the NAIA serves over 77,000 student athletes. The association embraces a mission to build character in its athletes, based on core values of integrity, respect, responsibility, sportsmanship, and servant leadership. The NAIA administers scholarships, sets eligibility standards, organizes showcase events for prospective college athletes, and sponsors national championships.

marketing yourself to college coaches

How to Create a College Recruiting Resume